Coffee’s extraordinary virtues: knowing them and how to recognize them 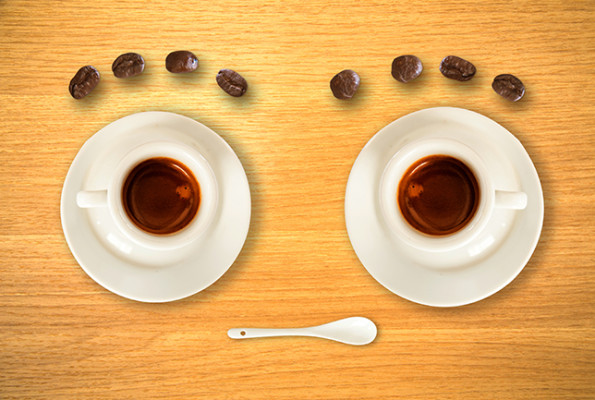 We always explore what happens before going to sleep and while asleep but this time, though, we’ve decided to focus on what happens after waking up. For countless people around the world (and especially in Italy), one of the things we encounter in the morning after waking up is…a cup of coffee.

The coffee plant belongs to the Rubiaceae, a family that counts more than 120 species, of which only a few make their way into the coffee cup. The beans (or rather berries) are harvested with care, making sure to pick only the red berries and not the green ones, because the green ones aren’t ripe enough for the next phase, the one in which the fruits and seeds are separated. A key step in the process is the torrefaction (commonly known as the “roasting”), which takes place at 200-250°C and which changes  the color of the beans to their classic brown (due to the melanoidin) and gives them their typical flavor (which we owe to a substance called “caffeone”). The path from here to the coffee cup is rather straightforward: grinding, boiling water and a swirl of sensations.

The properties of coffee

The first thing we can say about coffee is also the most obvious: it’s a stimulant. The caffeine component has a nervine function, i.e. it has the effect of stimulating the central nervous system.
Coffee, though, also contains countless other substances (just think that in the roasting phase alone, more than 800 types of volatile molecules are released), many of which are undoubtedly interesting from a nutritional point of view.
The benefits of coffee include improved memory, a lower mortality rate due to cardiovascular diseases, a highly antioxidant effect and a protective action against some types of diabetes. Coffee also contains potassium, calcium, chlorogenic acids and polyphenols.

There are several scientific publications that examine both the benefits and the harmful side effects of coffee. Prominent among these is a research study conducted in 2016 that sought to come up with a mathematical formula for good coffee.

The secret of good coffee

Just like every Italian believes he or she has the best recipe in the world for making pasta, he/she would also claim to know the secret to what makes good coffee. However, the reality is that tastes vary from person to person and when we sip on a cup of coffee, we’re all seeking different flavors and sensations. There are some basic principles, though, that we should never forget:

By no means! To wake up rested and ready to start off your day, coffee alone isn’t enough, even if it is tasty and full-bodied. The secret to a pleasant awakening is a good mattress, first of all!